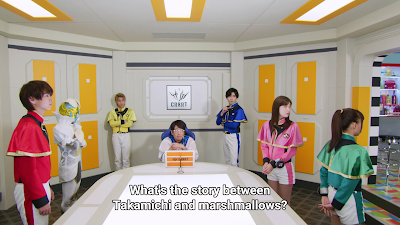 Well, this week's series is putting Tete Inoue to the test. One thing worth noticing is that the number of episodes written by Naruhisa Arakawa is cut short. I think it's good not to give Arakawa too much to handle. Fortunately, Toei didn't have Yasuko Kobayashi thrown into this crew even if she was the main writer of ToQGer. This episode is kind of weird with some science lessons. Just remember superhero shows have some scenes that defy simple science! 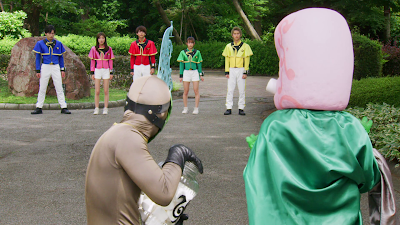 This is a new half-brained plan. Carantula wants to eat HUMAN marshmallows so he sends Marshmallow Jamen to do the job. This reminds me of some toning down Super Sentai did considerably since the 2000s. Turboranger had the episode where Ragorn sought to have humans turned into dumplings and some rubber balls produced nightmare fuel. Here, the monster turns humans into marshmallows hence reducing the nightmare fuel. Though, the mere thought Carantula is eating marshmallows who use to be humans is still nightmare fuel. 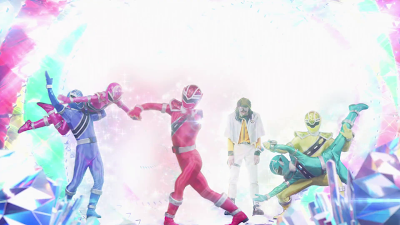 So Takamichi has a fear of marshmallows? Well, we're about to find out from a decades-long incident. This would be during the Showa era. 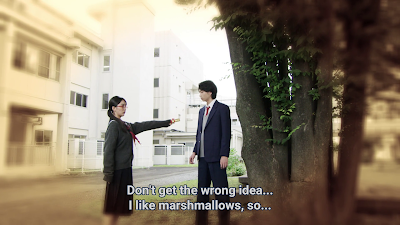 A nerdy girl named Akiho gave him some treats before. Takamichi was afraid to admit that he liked her. Unfortunately, before he could apologize, he was sent over to Planet Crystalia and got adopted by King Oradin. 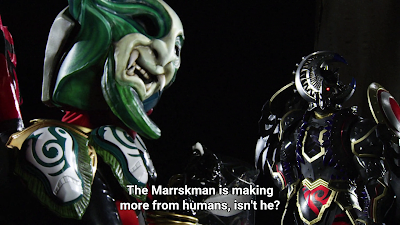 TBH, I still think that there's some scare value but not as scary as Ragorn's imagination of eating those dumplings with human parts. I guess Japanese censorship has gotten too strict to allow something like Ragorn's imagined scene of eating human dumplings in Turboranger. 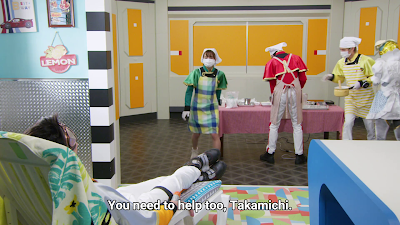 Meanwhile, the Kiramagers are making some marshmallows. This also results in an experiment that would soon help defeat the enemy. 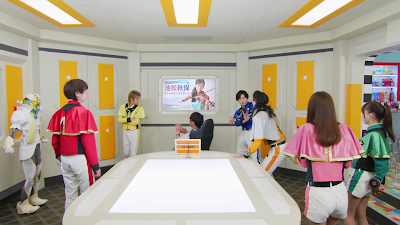 Meanwhile, the present has been discussed. Hakataminami presents that Akiho has become a violinist. I wonder if she even married with children now or is she an old maid? For me, it's trying to overcome a phobia for Takamichi. 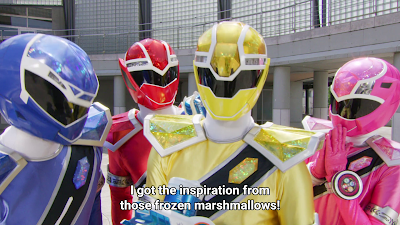 Meanwhile, they figure out that they could defeat Marshmallow Jamen IF they freeze him. I remembered the time I got punished for freezing the marshmallows. On the other hand, I remembered how hard it is cut marshmallows without a mess too. 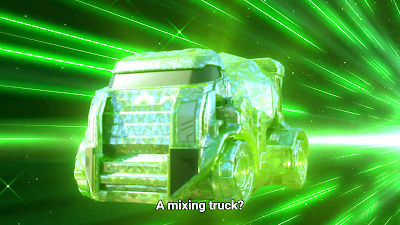 A new Bandai merchandise appears in the form of a mixing truck. It's called Mashin Mixellan. It's used to mix some concrete to stop the Hassha Regani's missiles. 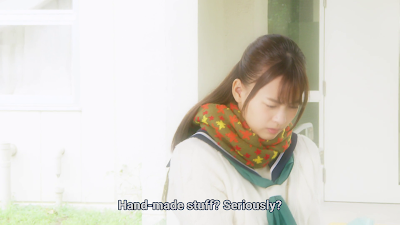 Meanwhile, Sena does have her own unrequited love too. Well, gotta admit that the boy wasn't so appreciative of her handmade sweets. It looks pretty good if you ask me! 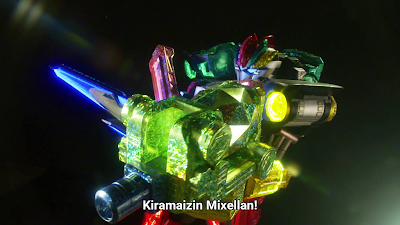 Now, it's time to reveal that the Mashin Mixellan could become a concrete shooter. It manages to shoot more concrete to help defeat the Hassha Regani. 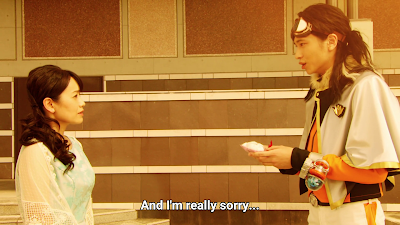 Too late for apologies or not? Well, it seems that she's probably either divorced, widowed, or an old maid. This almost feels like the scene from the second Captain America movie. She's in her 40s biologically. Well, the trauma is fixed. But I don't think Takamichi is still interested with her. 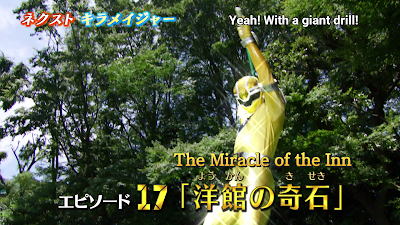 Next episode will feature another treasure hunt. Boukenger nostalgia combined with ToQGer? Sanjo will be writing next week's episode so I wonder how it'll turn out?
Kiramager