Showing posts from October, 2011
Show all

Hmmm How Do Go-on Engines Reproduce? 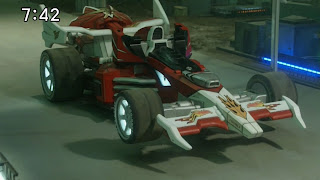 Looking at the Gokaiger tribute of Go-onger (and yeah Sosuke Esumi played a big part) we have the son of Speedor and Bear RV namely...

Machalcon.  Hmmm it was just a few years ago and now Machalcon is a full pledged mecha.  Boy they grow fast.  Maybe time runs different with Go-on Engines.  What if they like pets die earlier most of the time?
Just crazy to know how Speedor and Bear RV ever got married while Sosuke Esumi and Saki Royama never did.  Sosuke Esumi was last linked to Miu Suto.  Hmmm... this is really a development that should be too funny. LOL this is so much like Disney's Cars movie in a sense.
2 comments
Read more 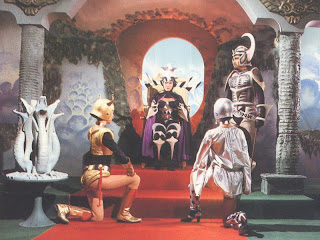 It can't be denied but there are also racist groups in Super Sentai.  I would like to list them as:

Vader Clan- They are from some weird other dimension who want to pollute the Earth.

Jashinka Empire in Dynaman- They considered themselves superior because of their tails and technology.

Hundred Violent Demon Tribes in Turboranger- Ragorn's group think they're way above humans so they bully them to no end.

The Vyram- They consider humans ugly and disgusting.  Strangely though, Radiguet would fall for a human woman and make her into a Vyram.


The Gorma in Dairanger- Apparently they're racist against normal humans.
The Youkai in Kakuranger

The Orgs in Gaoranger
The Evorian in Abaranger- Apparently they're not as racially diverse as the Bandora Gang.
The Infershia of Magiranger
The Ashu- They consider themselves superior over humans.
The Gaiarc- They consider every other Braneworld inferior compared to theirs.

I would like to do some comparison between Shinkenger characters to Rurouni Kenshin.  Here are the characters I think have Rurouni Kenshin inspiration.  I personally consider the similarities to be there but not so much.

Note: I was inspired by this entry: Similarities between One Piece and Gokaiger


Takeru Shiba to Kenshin Himura- Both are stoic characters with a strong sense of justice and seldomly a dry sense of humor.


Ryunosuke Ikenami to Sanosuke Sagara- Both of them are pretty much hyperactive and have a strong sense of friendship.


Mako Shiraishi to Kaoru Kamiya- Both are hot and are terrible chefs at best that a starving cat won't accept it plus you need stomach pills when you are near them.  But compared to Kaoru Kamiya, she is far more dignified (and feminine) than Kaoru Kamiya who is loud and brash.  Perhaps her personality was drawn from Tomoe Yukishiro.


Chiaki Tani to Yahiko Myojin- Both are amateurs with a temper.

Well I decided that it's time to do a little bit of review of Shinkenger.  It may not be long in Power Rangers Samurai before Jayden's secret came out but let's see some allusions of Kaoru in Shinkenger before her final revelation:

Well the first episode did have Mako Shiraishi playing that role of a foreshadowing to Kaoru.  At first, Ryunosuke Ikenami believed that Mako Shiraishi is the red ranger and says that their leader is a female.  It turned out to be that the official red ranger was female by Act 44.


Ukiya Seed pointed out also about Takeru Shiba who says he's different from the rest and that they should not protect him is another.

If I missed any, let me know.
2 comments
Read more 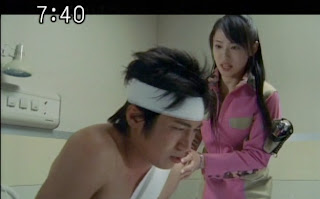 As said, while Super Sentai in Japan is aimed towards a younger market, however it does get a fan base from teenagers to even adults like myself.  Why do I think so?  Here's a few reasons in my own humble opinion, don't be afraid to share yours:

Compared to Power Rangers (most seasons), Super Sentai even for its crazy seasons like Carranger and Go-onger do feature a more realistic view to a modest extent.  Yes, injures are more likely to happen if some giant monster swatted you like a fly except for Kakeru Shishi.
In Super Sentai, there are various tease scenes where some of them involve really hot girls.  Many of the girls in Super Sentai are really that hot nowadays compared to Power Rangers.  Not only hot, they perform bad-ass action even for the physically weaker ones.
Sentai so far has some average to really good acting even for some beginners.  In fact, I find Burai's evil laugh better than Tommy's.  As of recent, I really find Shinkenger's acting better than Po…
4 comments
Read more 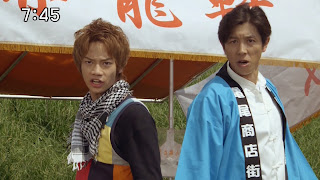 I can't deny that although he's already in his 40s, he still has maintained his build and power.  Oh yeah, who did he marry in real life?  Keiichi Wada did fans a great favor by appearing in the Gokaiger movie and in this episode.  What's cool is that he owns a Chinese restaurant.  Oh boy I'd like to eat there someday!
The episode was purely fan service for Dairanger fans IMO.  BTW I wonder what Kou is doing now that he's an adult?
1 comment
Read more 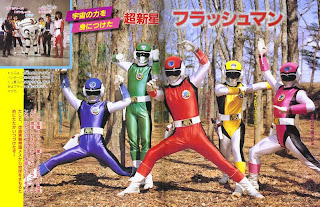 Flashmen- They were just kidnapped by Mess and were later rescued by the Flash people.  Totally random.  Thanks for pointing out ThatChick.

Livemen- Apparently out of random as they were the survivors who did the project themselves.

Jetmen- Unlike Ryu Tendo, the other four were accidentally bombarded by the birdonic waves.  From the random four, only Gai Yuuki seemed to be destined for it.
Hurricangers- They were the last three available so they were selected.
1 comment
Read more

Sentai Teams Whose Rangers Were Handpicked 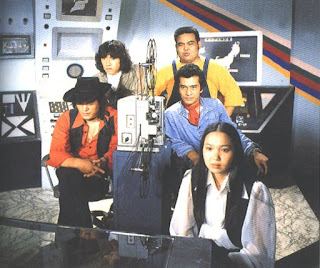 Here are the teams made up of handpicked rangers presumably based on capabilities: