Showing posts from April, 2016
Show all

My Thoughts On Zyuohger's Plot Development From Episodes 10-11 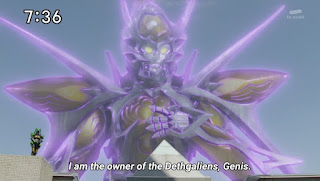 After watching the two episodes of Zyuohger and it's not just a toy commercial like the previous episodes. So there are others doing episode by episode reviews which I won't do copy/paste and I may not be able to commit myself to it. But the past two episodes somehow started to give me pieces of nostalgia and something fresh... or not. Can't really tell what's going on but I'm really optimistic even after Kyoryuger, ToQGer and Ninninger were really failing to impress me.

Considering the events that Genis decides to participate in the game in some way, he releases a new sick game. He decides to throw his own blood game perhaps tired of the constant failures of his generals.

The whole city is covered in a life threatening dome. The Zyuohgers must find the switch which will soon destroy the city if they don't find it. The characters started to develop as they must choose between their personal lives and others. They find the switch only to find out something's…
Post a Comment
Read more 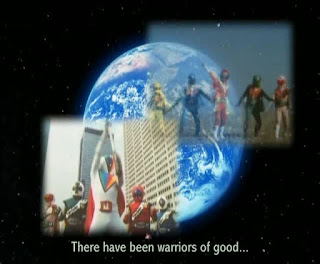 It's time to celebrate Earth Day, Super Sentai style. It's the 40th Anniversary of Super Sentai and we have the Zyuohgers protecting the Earth on Sentai's 40th anniversary. We've also had other Toei heroes such as Kamen Riders, Metal Heroes, Power Rangers and other Tokusatsu shows under them doing their job in their storylines. But I'll focus more on Super Sentai for the 40th anniversary.
The theme of Super Sentai for most of its run is really saving the Earth from destruction from various enemy forces that threaten it. Gaoranger vs. Super Sentai made it clear in the beginning of the crossover movie that Earth has been attacked by various villains. The villains of Super Sentai all appear with one motive after the other which some of them seek to destroy Earth, others seek to dominate it but regardless, it's been the fight for Earth. So let's get started, shall we?

My Early Thoughts On Dynaman For The First Nine Episodes 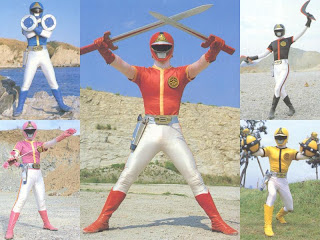 It's time for DYNAMAN! Oops wrong tagline! That was long ago when I enjoyed viewing the Dynaman Parody Dub. What's a pleasant surprise was that while Millionfold Curiosity is subbing Gavan (and they've got 24 episodes available, woohoo!) is that they've released Dynaman's first nine episodes. Well it's time to say goodbye Dynaman Parody Dub and in for the real deal.

What are my thoughts on Dynaman with the first nine episodes? The show itself has some of the characteristics of some older Super Sentai series like it's really got the over-the-top action from the main cast and stuntmen, weird sense of humor and a lot of stuff you might not see in most of later Super Sentai and Power Rangers. A lot of the members here do stunts that really require a lot more training than most Super Sentai/Power Rangers cast members today. I guess that's why it's called Dynaman as in Dynamite or Dynamic. Besides, some of the action scenes that I'm seeing right now …
Post a Comment
Read more

Only one Takeru truly dominates the scene with better action scenes

By observing some old school and new school Super Sentai, I tend to notice that there seems to be this trend that if there's more mecha into the show then you might as well expect lower quality or less intense action scenes. I'm writing this considering Zyuohger has brought in back the badly needed DYI stunts from the main cast (with ToQGer and Ninninger really lacked), now it's time to go backward and forward with Super Sentai. As said, just because a series is newer doesn't mean it's always better. Sometimes, you get a good season succeeded by a bad season and a bad season succeeded by a good season.

Remembering some old school Super Sentai maybe I'll set the distance up to Ohranger, there seems to be the trend that when there's more mecha, there's less intense action scenes in Super Sentai. Granted, Ohranger was rumored to have nearly cancelled Super Sentai as there was some budget f…
Post a Comment
Read more 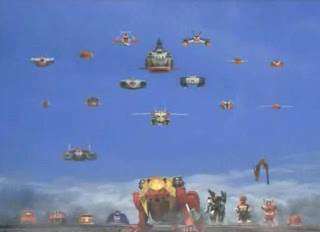 As a child, I remembered all that confusion I had when watching Mighty Morphin' Power Rangers without knowing its origins (because I was too lazy to read the credits as a child) introducing the dinosaur type mecha (Dinozords) was a deviation from the standard use of vehicle mecha. It wasn't until later I discovered post-Jetman Super Sentai and pre-Jetman Super Sentai that started my journey of "zord evolution".

In the past, most Super Sentai "zords" started with vehicles rather than animal mecha. Okay, I know the first Megazord namely Battle Fever Robo had no gattai sequence while Denziman was the first transforming Megazord but the trend ended up with most secondary robots for the show. Then we had Sun Vulcan's first well super-awkward Megazord combination with Sun Vulcan Robo. Goggle V up to present had different methods to combining vehicles into the season's Megazord. For the the best shows with the best-looking vehicle mecha were Bioman, Flash…
3 comments
Read more

How Often Are Rangers Willing To Have A Prolonged Fight With A Monster Of The Week Out Of Suit?

Something about Super Sentai, Power Rangers and Kamen Rider may have the typical, "Let's fight those foot soldiers out of suit!" scenario but not everyone is really going to dare to really have a prolonged fight with a monster of the week OUT OF SUIT! Such a stunt can be considered as either foolish or brave by the viewers.

Looking back at a few episodes of older Super Sentai, something never got off my attention back then like Momoko in Maskman fighting Dokura Dobler out of suit to teach some children the value of perseverance. Later, we'd have Ken Hoshikawa beat Amoeba Rugin out of suit. Yes, a lot of characters do their stunts out of suit but question is, how many of them were willing to beat up a monster completely out of suit?


Momoko's example in Maskman was really something that stood out. She's a martial arts teacher to a bunch of children. She wanted to teach them the value of honor so she fought Dokura Dobler out of suit. I thought that was a whole lo…
1 comment
Read more 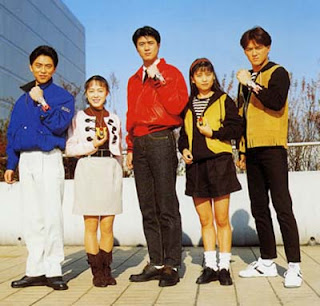 So it's belated Happy Siblings' Day. So let's get a bit of walkthrough of the three family Super Sentai for each decade.
Chikyu Sentai Fiveman

In 1990, we had Chikyu Sentai Fiveman which was the last time Hirohisa Soda was going to be a head writer. This show is very much an important part of my childhood since I grew up watching it. Much of the show featured a more unique team because they're freaking siblings! It wasn't like with all the others that I saw before it like Bioman, Maskman and Turboranger that didn't feature a family. Fiveman had the first sibling force as the year 1990 entered. The story itself tried to combine plenty of Soda's past works but he was basically wearing out already after spending some time as the head writer for Goggle V up to Turboranger. 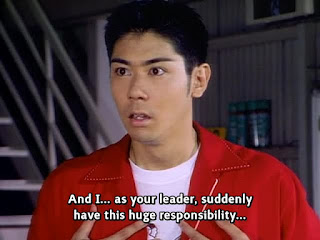 After watching Carranger for some time, I thought that the show had some really badass action. Turboranger had some badass action but I felt Carranger may have taken it to another level.
The mission was to recover RV Robo after they had VRV Robo. Gynamo resumes command and has used RV Robo to defeat the Carrangers. In this episode, the monster of the week Z.Z. Gyuri was tasked to grab some cucumber kimchi for de-facto leader Zonette.

What I'm Currently Expecting From Zyuohger, Early On 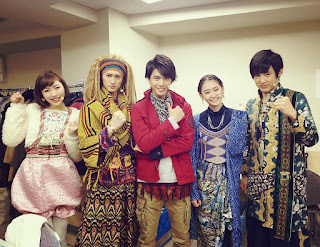 After writing that I'm actually feeling positive for Zyuohger so I might do some weekly or monthly updates on the show (though UkiyaSeed's been beating me to that considering Orends Range is a news blog), but I'd really give my thopughts yet again. It's been just eleven episodes but the show's starting to show some improvement from the last three seasons namely Kyoryuger, ToQGer and Ninninger. The cast may not be the best but I find them better. Yamato's not be the best but at least he's no idiot or attention grabber and even if the rest are naive (because they're stuck in a world not their own) but they're a good cast of characters. Well the sixth ranger is already part of the expectation so I won't discuss much on it.


More of the cast doing a lot of their own stunts and not getting too stuntman reliant.

Ninninger was a disappointment with how the cast were overly stuntman reliant. It just made me speculate on what Kazunori Inaba/Red Mask said…
Post a Comment
Read more 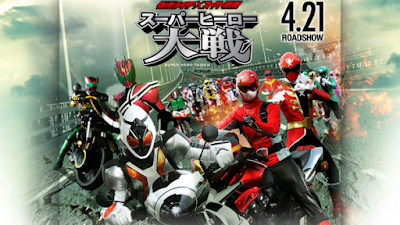 The concept of Super Hero Taisen film series is better off in a video game. A single movie is NEVER enough to fully explore the ideas that were presented in each and every entry. Patrick Star should've said, "We should get all the Super Sentai and Kamen Riders and put them into one video game." instead of putting them into one movie. The Super Hero Taisen films really had some creative ideas like what if we had a ci…
2 comments
Read more
More posts